For designer Freda Iordanous, fashion design is not only a career…it is a passion! When Freda emigrated to Toronto in 1971 with her husband Demos, she brought with her a solid design background, an unerring eye for detail, and a distinct European flair.

She began as a couturier for a private clientele and was encouraged by this loyal following to open a haute couture shop in 1971. In 1974, she and Demos consolidated the shop and manufacturing facilities into one location consisting of two floors and 8,000 square feet in the heart of Toronto’s Fashion District, designing and producing garments for some of the top corporate business and collections for exclusive retail shops in Canada and the United States. In 1985, Freda’s moved to their own headquarters of 20,000 square feet, a state of the art work space, encompassing a design, production and manufacturing facility all in one location.

Freda Iordanous literally soared into the Corporate Apparel spotlight in 1974 with the launch of her first uniform design for Wardair Canada. Recognizing the tremendous potential of the corporate apparel niche, Freda and Demos engaged in an intense campaign to design attire for more corporate clients, thus gaining more and more of a reputation for being the true authorities in this very specialized field.

FREDA’S soon became the designer of choice for the Government of Ontario and the Government of Canada, winning several important contracts for various ministries including the Ministry of the Attorney General and National Defence.

Her savvy designs also captured the attention of the vast and very conservative financial services segment of business. In 1982, Freda worked closely with the Bank of Montreal to launch an innovative pilot project involving the creation of a corporate apparel collection for the bank’s Ontario employees. Within a year, the program was expanded and Freda’s collection became available to Bank of Montreal employees across Canada, shipments reaching over 8,000 per year. Her successful association with the Bank continued for 15 years.

Freda was also awarded as the Official wardrobe Designer for the Vancouver Expo ‘86. All of her 100 designs for Expo ‘86 outfitted on-site staff totaling more than 80,000 individual garments.

With her list of satisfied clients growing and her business flourishing, it was only a matter of time before Freda’s successes were officially recognized. In 1991, FREDA’S won the Gold Award for Small Business in the prestigious Canada Awards for Business Excellence. These awards are the highest commendation given by the Federal Government of Canada to outstanding members of the business community.

FREDA’S reputation expanded beyond Canada into the International markets. Freda was in competition with over 25 other designers and was awarded the contracts to design the new uniforms for the European companies: Libra Aviation outfitting 18,000 employees with offices based in the United Kingdom and Cyprus, as well as Louis Travel outfitting 10,000 employees with offices across Europe and creating a corporate new image for Helios Airways Ltd.

Freda also received the honor to design the uniforms for the International Sailing Federation at the Sydney 2000 Olympic Games as well as certain IOC members from around the world.

As the leading corporate apparel designer in Canada, Freda’s goal is to enhance the client’s professional image within the organization and the public eye. What makes Freda’s unique is its in-depth knowledge, experience, quality and service.

Freda, being a designer and not just a uniform manufacturer with many years of supplying corporate apparel for the Airline industry and financial institution makes her the ideal candidate to give the originality, quality & service needed to make any venture a complete success. 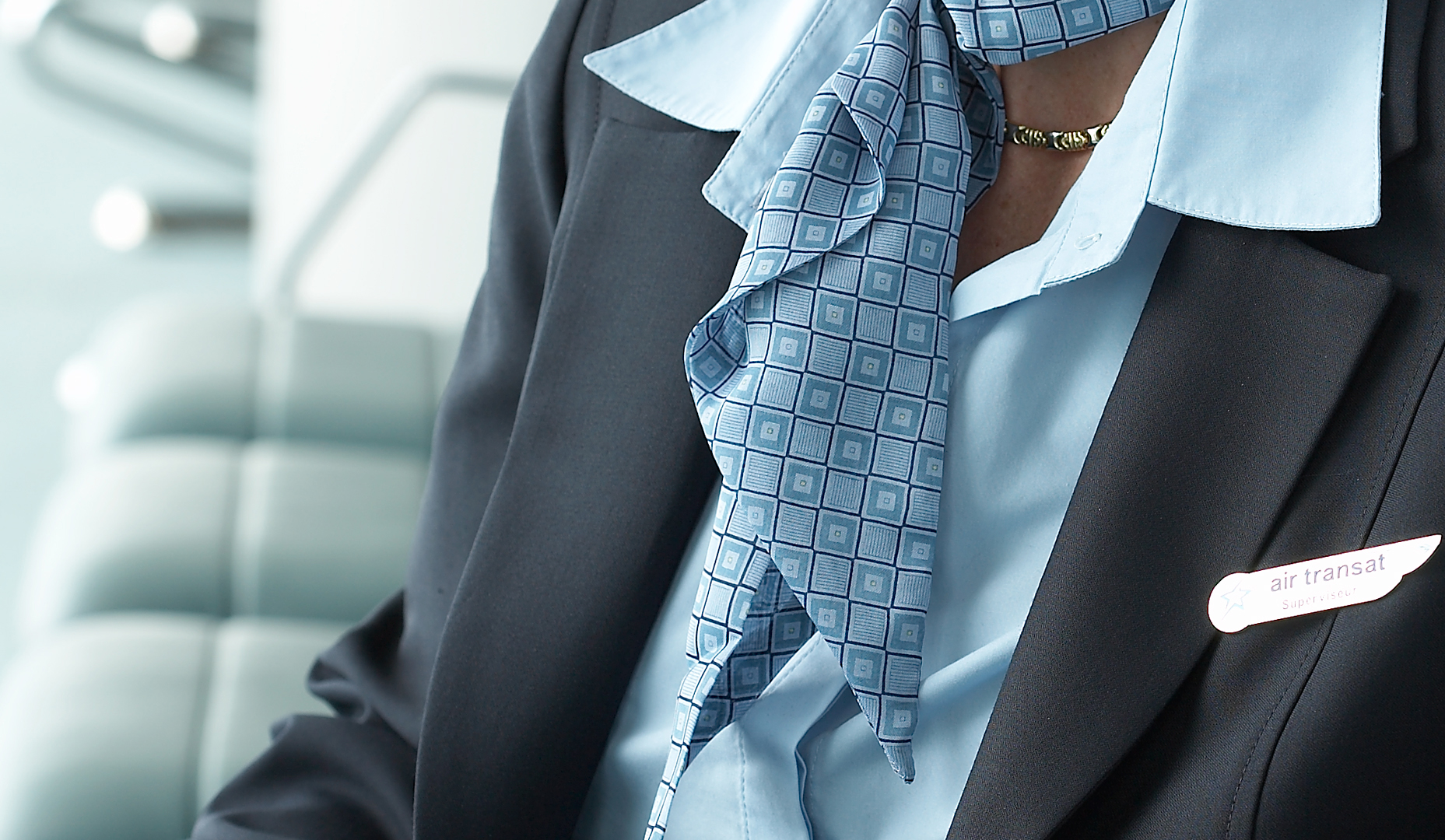